(or minimize your browser window to access the phone layout) 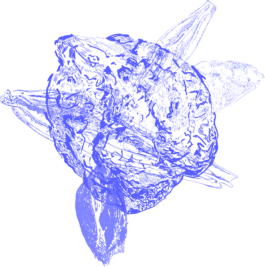 Welcome to the online manifestation of the project Against the Grain*, a site-specific installation created for the Estonian Contemporary Art Museum EKKM over the summer 2022.

This manifestation is hybrid. It is both a guide accompanying visitors who find themselves in front of the installation in Tallinn as well as constituting a living archive of the project.

Starting on a local scale and extending to global production issues, this tool shares reflections by addressing, among other things, the issues of access to arable land, the financial markets and the volatility of raw materials such as cereals, and issues related to the Patent of Life. But also and above all, the means that some people put in place to produce, think and shape spaces differently.

These reflections have been motivated by the rural and peasant environment from which I come and enriched by various residencies such as in Lithuania, France or Estonia. During these stays, I have been collecting seeds. Since then, these seeds have accompanied me in almost all my artistic projects, creating a collection that grows with my encounters with farmers.

Like a seed that germinates slowly, this online content will be enriched as the months go by, notably by botanical observations noticed on site but also, I hope, with other references and less western European-centric resources. The cereals chosen and the way I talk about them are imprinted from where I come from, namely France and Germany and I am aware that this perspective is far from addressing other culinary uses, practices and cultures.

As for the peasant (also called heirloom/inherited) seeds, it is a matter of sharing, experimentation, circulation and knowledge appropriation. For more information or to exchange on this project, do not hesitate to write to me at this email address: againstthegrain.giselegonon@gmail.com

*On-site,  Against the Grain is a conceptual cereal field that brings modes and scales of agricultural production into urban space. Maintained throughout the season by the community gardeners of EKKM, it acts as an agricultural artwork that addresses several aspects of contemporary grain production. Who has access to arable lands? How is the grain that grows on it cultivated, grown, traded and processed?