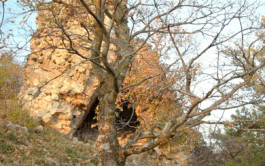 What physical or virtual forms does the “state of siege” take today? What are the new fortresses?

The village castle of Châteaudouble, which experienced several sieges over its history, was dismantled in 1580 so as to no longer be a reason for invasions. This historical fact has been the starting point of a broader reflection on the forms of the “state of siege” nowadays, whether they may be military, political, economic or aesthetic.

The exhibition, which shows mainly videos, offers combinations, analogies, collages; places, eras (from the feudal world to the post-internet) laid out in an atlas form. These elements deal with experiments in resistance facing security excesses and the attempted hegemony of an economic model driven by technology.